Many people consider Portloe on the Roseland Peninsular to be one of Cornwall’s prettiest villages. Portloe pretty much embodies the definition of a Cornish fishing village… stone cottages, a small fishing fleet on the pebble beach by the harbour and a quayside full of lobster pots and fishing paraphernalia. The village sits at the bottom of a steep-sided valley. This has prevented development over the years and is relatively unspoiled. Many of the buildings are pretty much the same as they were when built.

Portloe looks out on the picturesque Veryan Bay and sits within the Cornwall Area of Outstanding Natural Beauty (AONB).

The name Portloe comes from the Cornish Porth Logh which means “port inlet”. Occupying a naturally sheltered position the village was a busy pilchard fishing port in the 17th and 18th centuries. In the early 20th century there were more than 50 boats fishing here. Today there is just a handful now fishing for crabs and lobsters.

Back in the 17th and 18th Centuries taxes on the salt used to preserve the fish made it an expensive commodity. As a result many residents turned to smuggling to make a living.

The remoteness and location of Portloe made it an excellent location for landing contraband. Even the local innkeeper was involved, and it’s recorded that he was hung for smuggling French Brandy. Smuggling was so rife in the 18th and early 19th centuries that HM Customs decided that a watch, boathouse and slip should be built in Portloe.

The Royal National Lifeboat Institution (RNLI) stationed a lifeboat at Portloe in 1870. It was moved from its first boathouse in 1877 to one closer to the water. The first station was converted into a church and the second became a school. It’s now a private house. It was removed in 1887 having never carried out a rescue.

There is some fine coastal walking from the village. Westwards the South West Coast Path goes to Carne Beach, Portscatho and if you want a long walk, St Mawes over 20km away. There is a bus service from Portscatho and St Mawes back to Portloe. Heading eastwards, the Coast Path goes to the sandy beach at Portholland and Porthlune Cove and then climbs Dodman Point where there are excellent views. Continuing around the headland the walk heads to Gorran Haven, around Chapel Point and on to Portmellon and Mevagissey nearly 20km away. There are no direct bus services back to Portloe from these places. As a suggestion, for walking this section, you could park in St Austell, where there are bus services to both Portloe and Mevagissey.

If you don’t want a long walk and don’t mind a bit of a climb, follow the Coast Path westwards. Walk past the toilet block and climb steeply up to Manare Point. From here there are fantastic views of Portloe and the coastline all the way to Dodman Point.

OS Explorer 105 Map. The Explorer 105 Ordnance Survey Map covers this part of Cornwall. The map displays the area around Falmouth and Mevagissey, the Roseland Peninsular and the South West Coast Path. With this map, you also get a code for use on your iOS or Android smartphone or tablet. The Explorer Map is available in both the standard paper version and weatherproof ‘Active’ version.

Portloe is 10 miles from Truro and 12 miles from St Austell. If you are driving use Post Code TR2 5RG which gets you to the village’s only (small) car park. This is on the outskirts of the village.

The village is also accessible by bus from St Austell, Truro, St Mawes and Mevagissey.

At low tide, Portloe has a small sandy beach. This completely disappears at high tide. A small stream flows down the side of the valley and this crosses the beach.

Generally, it is safe to swim in the cove, but there is no lifeguard service. Dogs can go on the beach all year round.

There are public toilets in the village located next to the coast path just to the west of the cove as it heads up to Jacka Point.

The Lugger hotel and restaurant at the top of the harbour slipway has an outside terrace overlooking the cove. This dates back to the 17th Century and historically was once the haunt of smugglers. Head west up the hill into the village where the Ship Inn also serves food. This is full of nautical bric-a-brac.

Portloe has featured in a number of films and TV productions.

In the 1935 movie Forever England starring Betty Balfour and John Mills, Portloe doubles for the Mediterranean.

Disney’s 1949 film Treasure Island has some scenes shot in Portloe.

Channel 4’s 1992 series, The Camomille Lawn starring Felicity Kendal was shot in Portloe and Broom Parc House in nearby Veryan.

In the 2006 feature film Irish Jam, Portloe is relocated to Ireland.

The 2012 Richard Curtis film, About Time was filmed in Portloe. 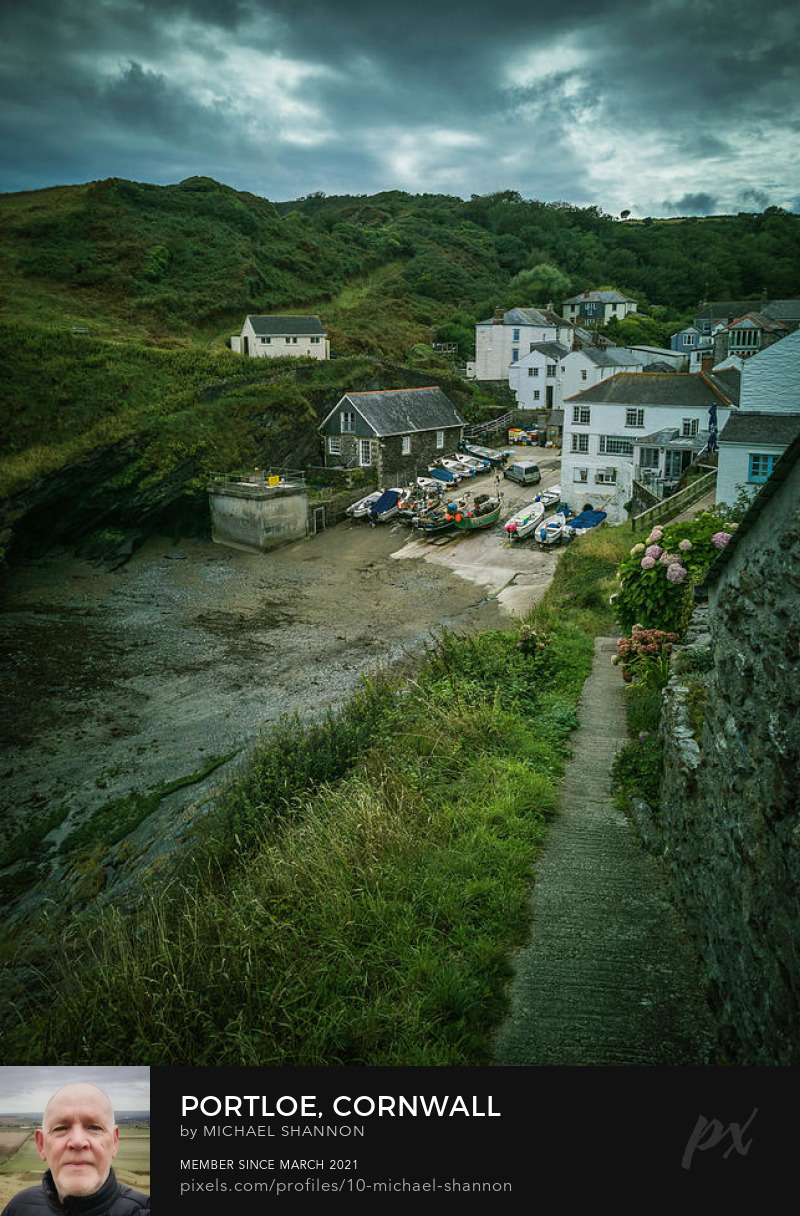 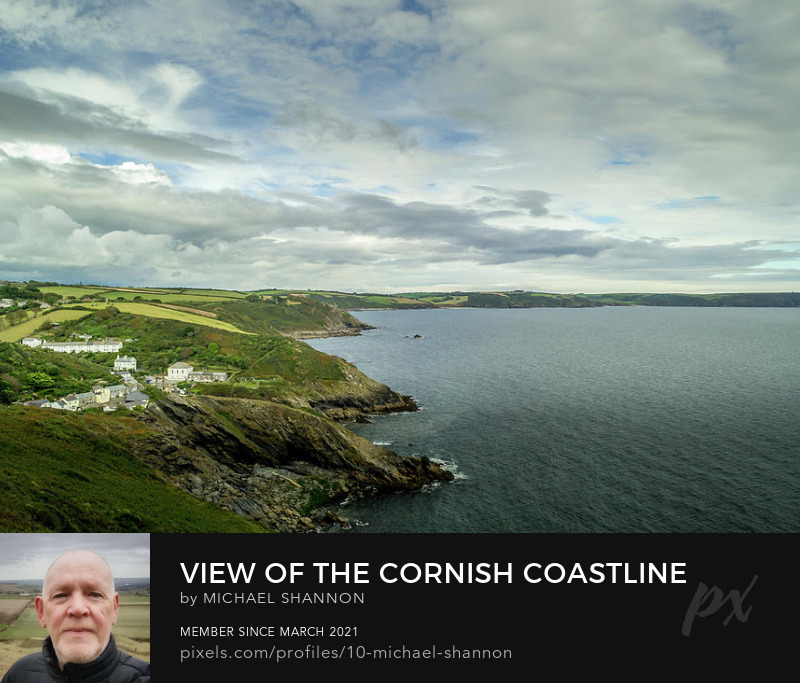 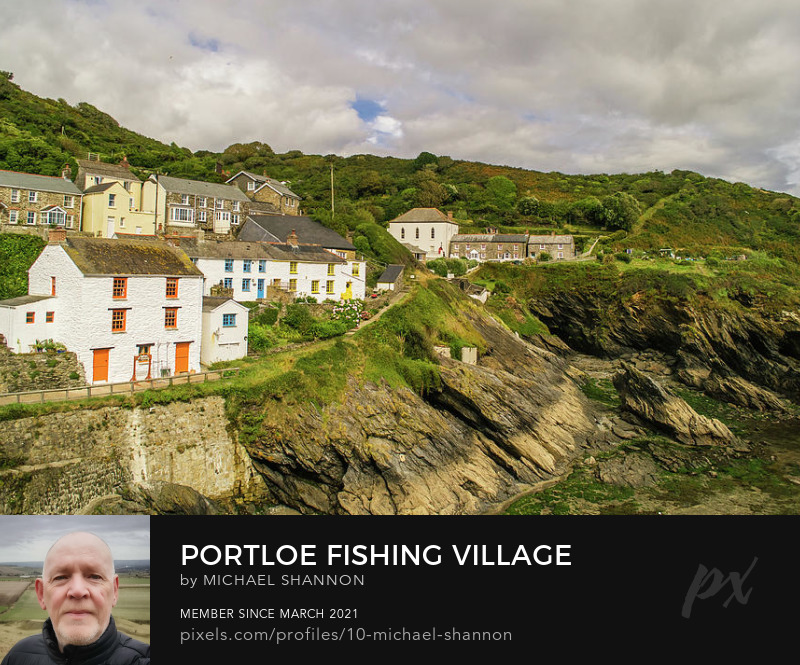 Cliffs are changing all the time. Falls and landslides can happen at any time and without warning. Please stay well back from the cliff edge when walking along coast paths, and stay away from the undercliff on beaches.